If comScore is correct and half of all searches by 2020 are made via voice, a crucial question arises: will we still need websites?

Even if the research is over-egged and the tipping point is reached a year or two later, the question still remains.

As consumers increasingly get used to asking Alexa, Siri or Google for the news headlines, a dinner recipe or flight options for a weekend away, answers will not be provided by ten blue SEO links. Rather, the options will be weighed up by an algorithm before what is considered to be the best answer is read out.

New technology can always delight early adopters, but as it becomes more mainstream, seasoned observers know some huge names may become casualties as the public adopts new behaviors. Remember AltaVista, AskJeeves and Lycos, as well as when Yahoo! was a force in search? Read these names out loud and you may be less inclined to wonder whether voice will have an impact and shift focus to picking winners and losers.

Make no mistake, this is happening: a tide of disruption heading for search. Canalys estimates 56.3 million smart speakers will ship this year alone. The Amazon Echo has first-mover advantage and so has a 69% share. Google is in second spot with 25%.

However, given the core function of these speakers (beyond playing audio) is to perform voice searches, it would take a brave digital marketing executive to bet against Google closing the gap and even coming out on top – eventually.

Brands rush to the call of Alexa

To get an idea of how this impacts search, as well as consumers’ interaction with their favorite brands, one need only look at the early rush to set up Alexa skills.

In travel, Expedia and Kayak can find flights and trips via voice search; an Uber or Lyft ride can be hailed too. Capital One lets users check out their balance and Vitality has recipes and health advice available. If that sounds too healthy for a Friday night, both Pizza Hut and Domino’s are set up to receive an order via Alexa. On the other hand, Vitality allows users to find their own recipes and discover a workout to shift the calories.

Then, of course, there are the weather, travel and news travel updates that can be handled via voice rather than a visit to a website.

It isn’t just voice. Canalys is predicting that this is the year when VR headset sales will increase five-fold as the sector moves towards shipping almost 10 million units per year by 2021.

It’s hard to imagine VR users typing a search enquiry into a virtual keyboard in the air. Even harder to imagine that they will scan through a list of blue links to no doubt pick out a text-heavy page.

Results will be aggregated through a dominant source of information in the each vertical: taking a tour of your next house will likely be made possible by Zoopla, or a similar aggregator; picking out a hotel via a VR version of Expedia; test-driving your next car perhaps via something like AutoTrader. Content would be coming from multiple sources, but will likely be accessed through a single aggregator: no need to type in a query and certainly no blue links to choose which home page to visit.

Is the home page already dying?

This is already starting to happen in news and media. Alarm bells no doubt started to ring when a chart for the New York Times showed how bad things had got with direct traffic.

The dates are old, but that underlines how this trend for news sites to lose direct traffic has been developing for at least 5 years.

Look at the latest figures for two British newspapers, The Times and The Telegraph, and the trend seems very clear. Even though the sites are subscription-based (presumably giving users an impetus to get the most from their monthly fee and bookmark the home page), direct traffic accounts for one third and one fifth of all visitors respectively. This is dwarfed by search, with social bringing up the rear.

If you then compare these paid-for sites with two free resources, The Mirror and Independent.co.uk, the trend becomes even more notable. When people have no need to validate paying a monthly fee to get their money’s worth, both sources of free news sink to just one in five visitors arriving direct. Here social is far closer to direct traffic in importance, with search still way out ahead as the number one source of visitors.

Putting the data to one side and asking consumers where they get their news results in a huge spike in favor of social media. GlobalWebIndex results from 2017 revealed nearly half, or 44%, say they get news from social media while 37% said they go direct to a news website. This 37% is matched by those who reveal they get their news via referrals from ‘somewhere else’ and a news aggregator service. The overall percentage exceeds 100% because of mixed behaviors.

People say they access news mostly through social, but the traffic-monitoring data says mostly through search. Either way, going direct to the home page is a habit the majority of people no longer have.

It’s also clear that mobile websites’ importance is beginning to fade. App usage has now overtaken the mobile web, suggesting that although people still use mobile sites, they have favorite apps for brands or key tasks.

It’s perfectly reasonable to assume this behavior will tap in to the trend for brands to make their content voice-friendly. If a consumer has a preference to book hotels on Expedia and dinner with Domino’s, they will likely ask Alexa or Google to look for a Paris weekend deal or a two-for-one pizza offer through these favored brands. No need for a home page, though the app might be required to give an order reference or calendar reminder for peace of mind.

If you look at the direction of travel, the future of the home page appears bleak.

Within 2 years we’ll hit a tipping point in voice search and this year should see a spike in sales of VR headsets – the former having far more immediate effect on search than the latter.

Also, in a mobile-first world, consumers are steering towards apps where they already know which brand they want to interact with, or trust an aggregator to come up with the right offer.

I’d suggest this means the home page will still limp on for a few years, providing information to voice search algorithms, as well as being a resource for information and ecommerce.

Ultimately, the job of a search marketer is going to shift towards getting their clients’ products and services in front of consumers via voice, and perhaps VR. There is no need for a home page here and we’re already seeing, particularly in news, how home pages are increasingly not the first port of call.

Consumers are increasingly looking for the simplicity of using voice and brands must adapt to find the best ways to make their ‘skill’ used for those searches or to craft their data so it becomes the top answer.

This will mean websites will eventually fall into disuse and become redundant. Not so much a fall off a cliff, but a long march into obscurity.

The blog was originally published on Search Engine Watch. 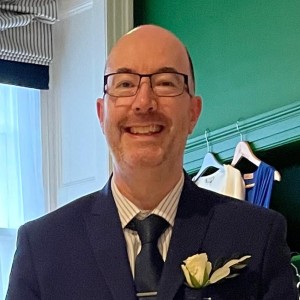